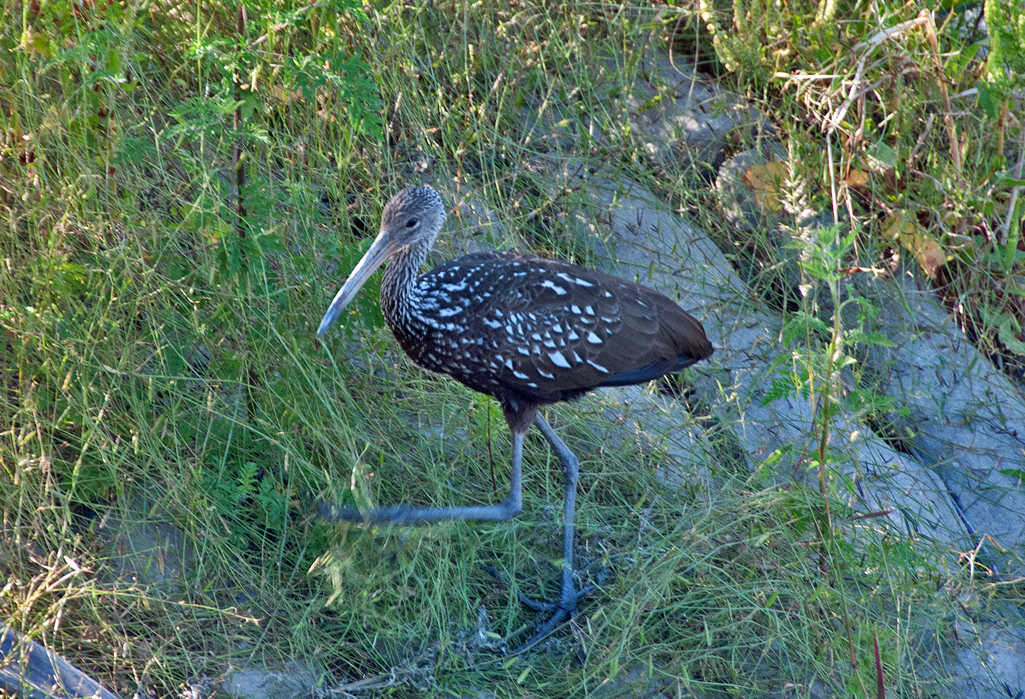 This bird is a limpkin, the sole member of the family, Aramus guarauna, and found in Florida, the West Indies, and Northern South America. Its common name came from its "limp", not actually a limp but an unusual gait where it lifts its feet high and twitches its tail while walking. (It swims too, serenely like a duck).

This adult became my companion almost, as I was quietly watching as s/he was gliding about on the water with young babies, and then it hopped out to the edge of the creek (about 10 feet from me). As I remained still and quiet s/he "limped" around near me, foraging for snails to bring back to the young'uns.

The limpkin is something of a gourmet, a fan of snails (escargot) and the apple snail in particular. 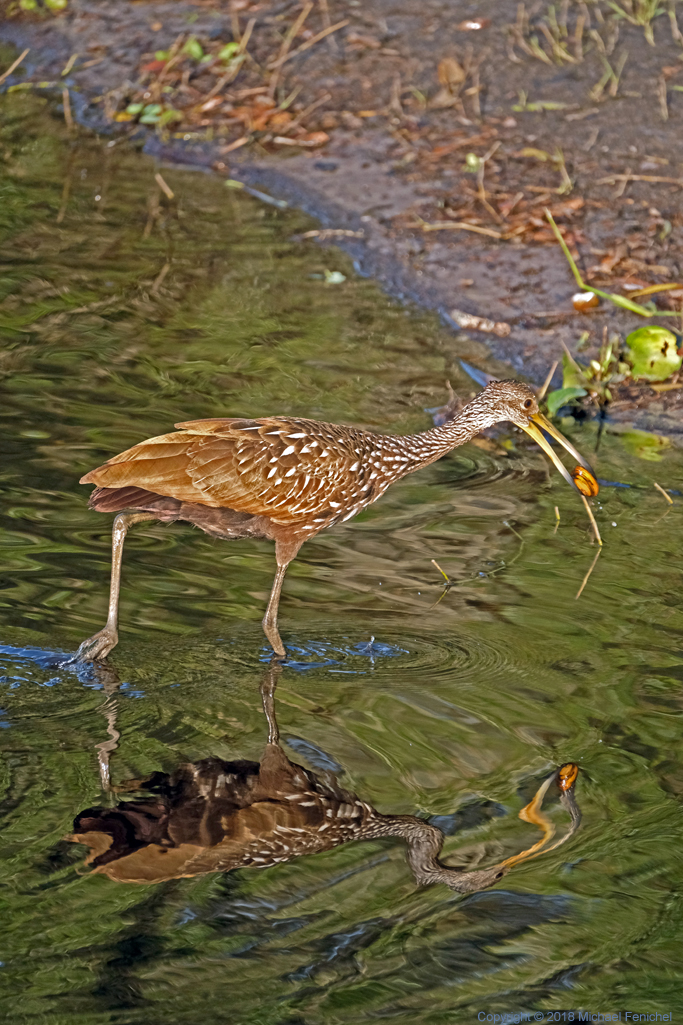 Limpkins are known for their large wing span and are strong fliers, as well as talented swimmers and diggers. 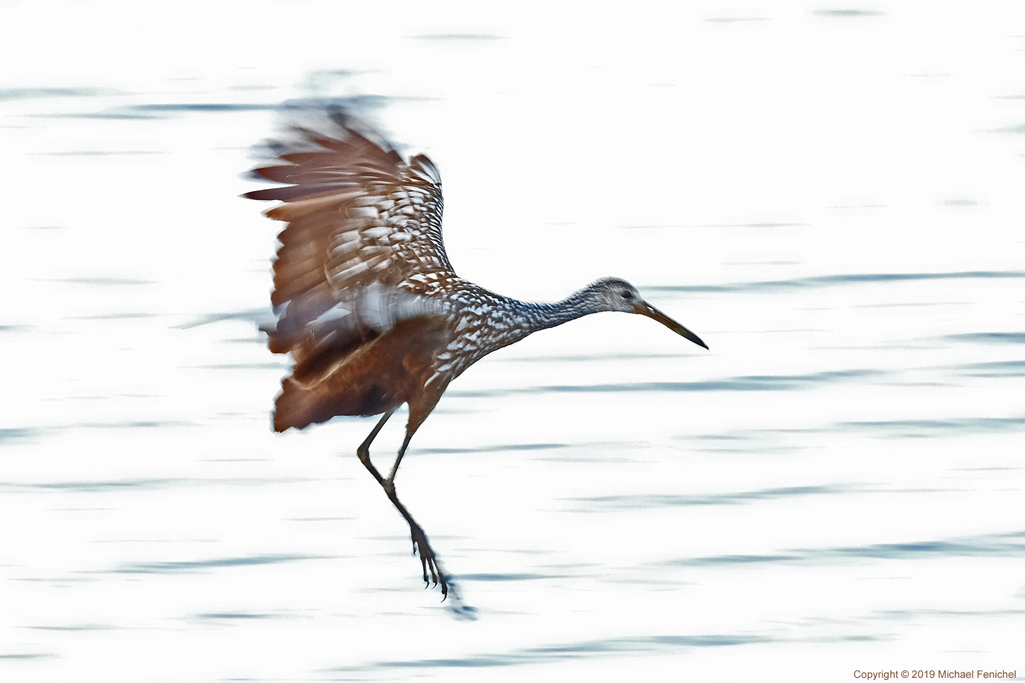 They are also known or their loud screeching, which can be heard echoing around marshes and swamps. (Endearing to many, but not always to nearby human neighbors.)

Below is a short (22s) sample, comparatively soft and subdued, of the limpkin's call and clicking.