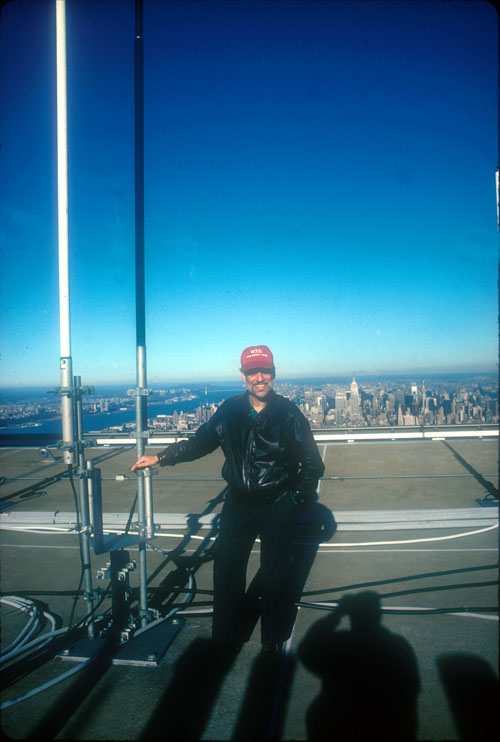 His door opened out to the roof of the World Trade Center, the taller of the two towers, with the huge antenna tower and countless smaller ones providing public and emergency communications to much of the tri-state area and beyond. (My aerial photographs of New York were courtesy of Steve giving me a tour of the roof, his second home.)

Steve was a beloved husband, father and friend. He was an amateur radio operator who maintained an open repeater for New York ham radio operators for many years. Steve was a hero many times. He kept television stations running during both weather and terror emergencies. He lost his life on September 11, 2001, on the darkest day in American History. He was to work from 8 til 4, but his day ended very quickly when a plane crashed into the building, just beneath the upper floors which housed the transmitters, which Steve Jacobson maintained until the very end. 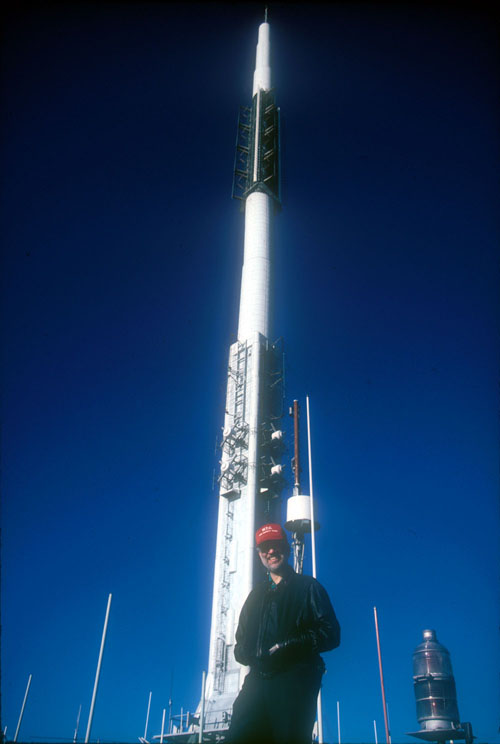 
Below is a digital photo of our fallen hero, "Steve-a-rino", last year, at a fellow ham's wedding.

Steve's friends and co-workers remember him as a dedicated worker, and a funny guy! [See the NY Times write-up.] 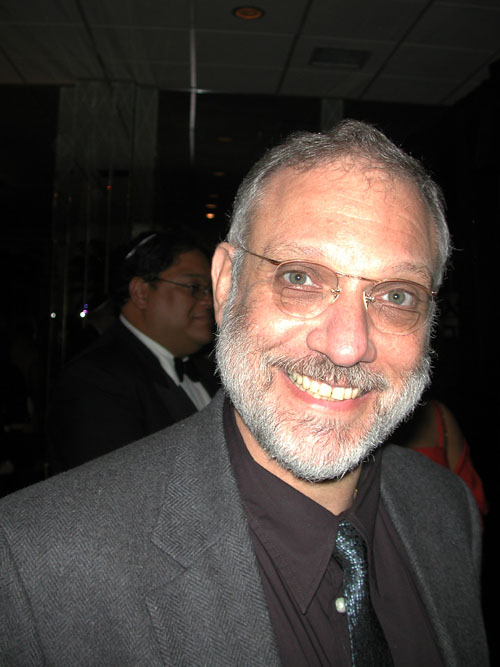