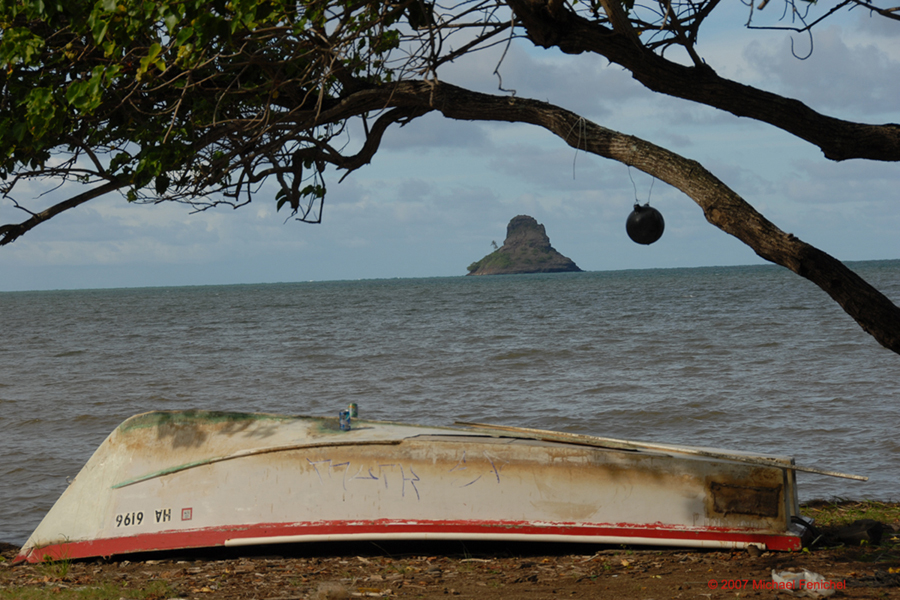 This is Mokoli'i Island, off the Windward Coast of Oahu, closest to Kualoa Point, though it can be seen for many miles from many angles. The island is commonly referred to as "Chinaman's Hat" due to its physical resemblance to the hats worn for years by Chinese farm workers on the islands. The traditional name, Mokolii, means "little lizard" and was so-named due to an ancient myth.

At low tide one can walk out across a reef, rich in marine life, and though a steep and tricky climb, one can hike past nesting birds to the summit with its panoramic view, or walk around to the other side where there is a very tiny sandy beach in a protected cove.